Yesterday (Monday 11 March) in the snow and sub-zero temperatures, John Seymour and I set up block and tackle and lifting strops, raised the fully planked hull and released all the moulds without mishap. We resisted the temptation of trying to turn her as John Worrall of Anglia Afloat had kindly agreed to come today 12 March to take photos of this major step in our build.

Joined by 7 or 8 of our team and supporters, we managed to lift and turn her with ease – well if you call a good half inch clearance under the roof beam ease… – so now she is upright and the process of tidying up epoxy drips has started in earnest. Coffee was drunk and cakes eaten. The sun shone and the snow disappeared.

John has taken some great shots which we hope will appear in Anglia Afloat in the summer.

When everybody had gone, I couldn’t resist clamping on one section of gunwale and she really does begin to look like a St Ayles skiff.

This photo thanks to Ian Ruston: 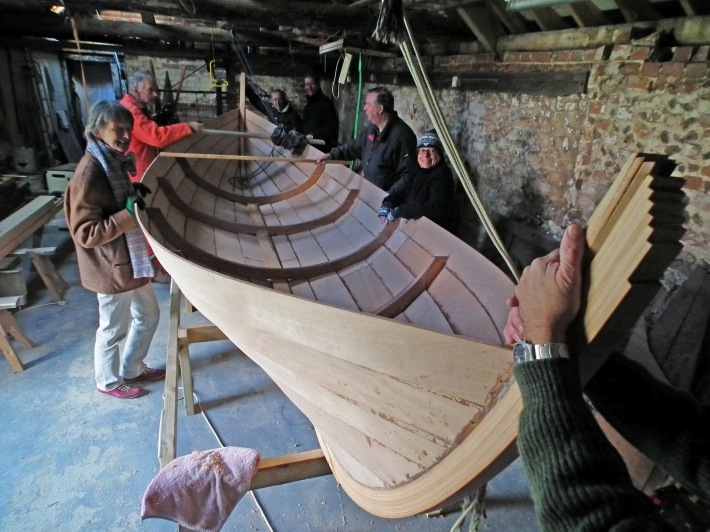