Oarsome Chance Ltd., a charitable foundation giving many youngsters (NEETS) the opportunity to get involved with the build of St Ayles skiffs then go out and row, set off to la belle France to tackle the Travesrsée de Paris.

First, one of the founders needs to learn how to row. Note the natty rowlocks: 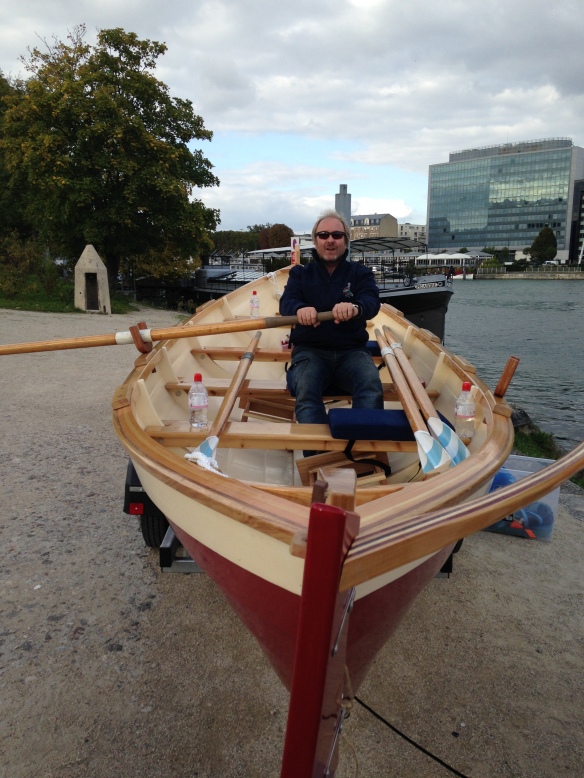 CRAB and Langstone rowers made up the numbers.

Next step is to launch – at night! 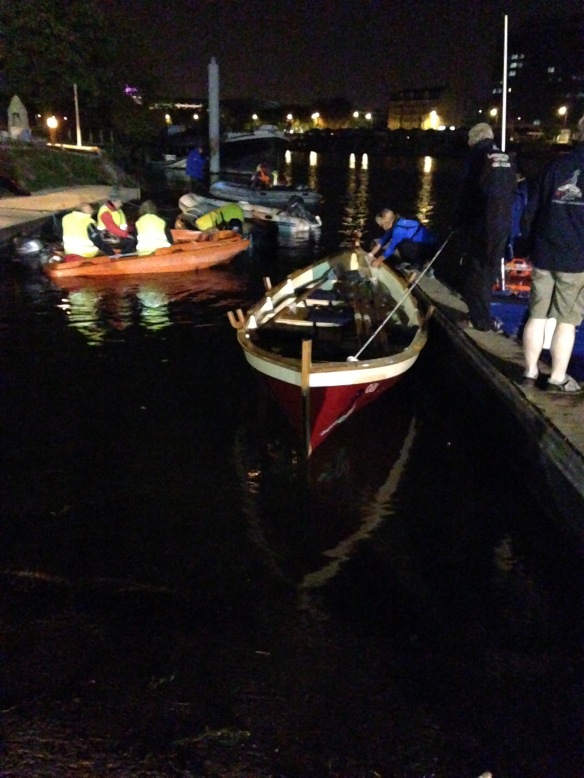 So far so good – except all the others taking part are in sliding-seat fours! Still there are sights you don’t get on the Thames: 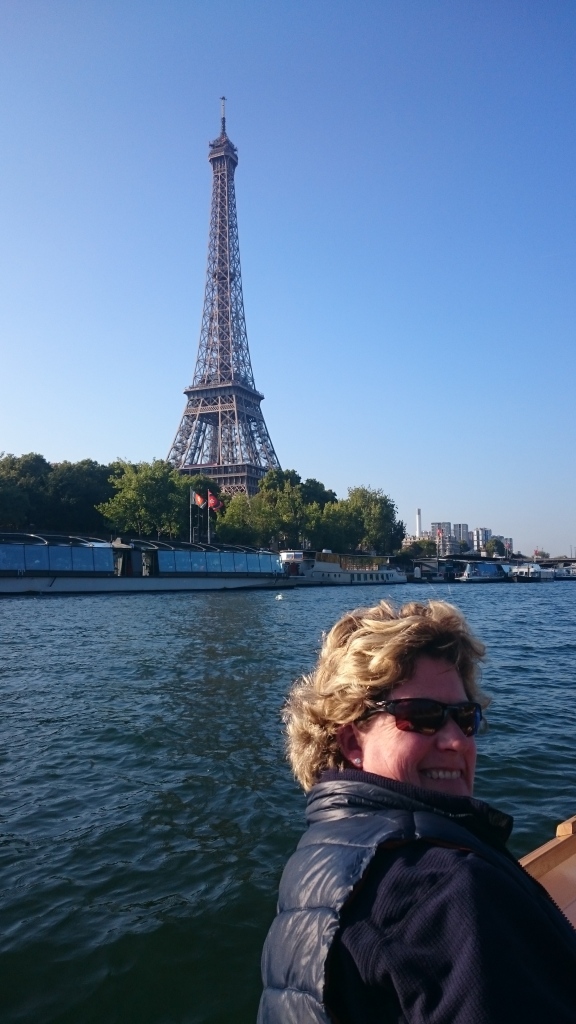 As a bonus, an excursion round the Ile de France – but broke the tiller and had to accept a tow back!

Ah! well, all in a days Skiffie rowing.