Gales, sleet and snow earlier in the week and today it’s howling from the West. The sun is trying but the clouds are winning. Yesterday, Thursday, we were so lucky. Not a big tide but oh-so gentle breeze with wall-to-wall, warm sunshine. Both boats out for the first trial with the latest set of oars, crafted by Rob, Peter and others in Ian’s barn.

Firstly, getting the boats ready: 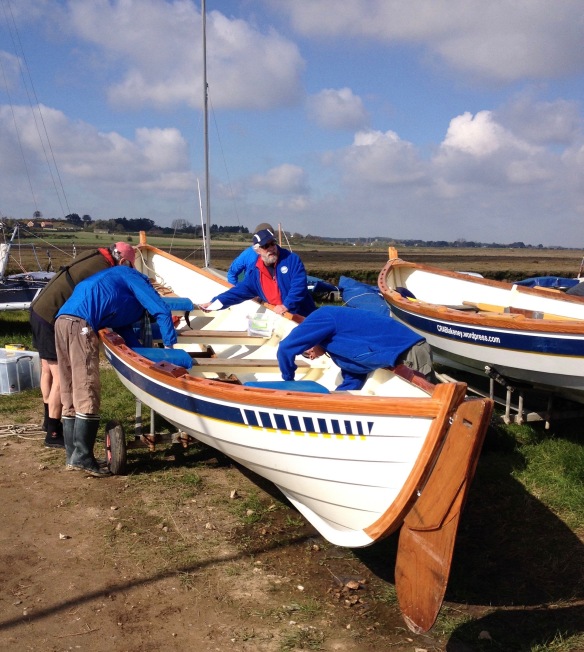 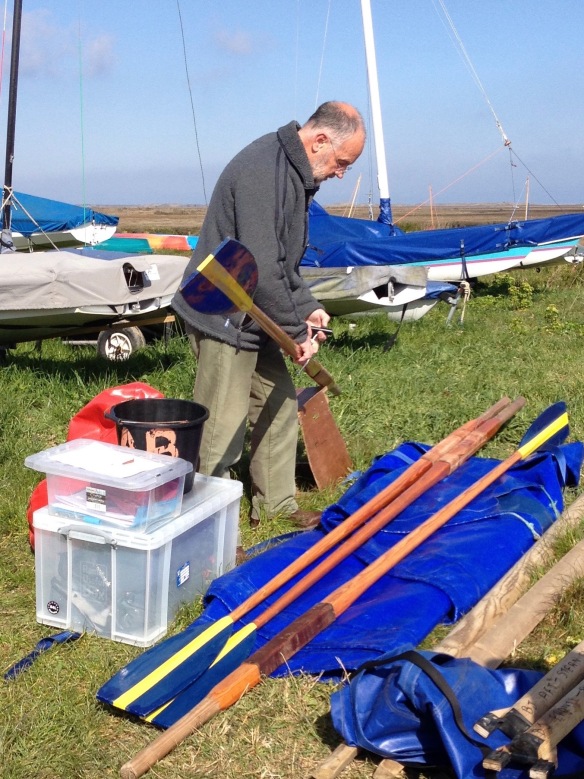 Now the new ones:

Balance and centre of gravity improving. Lacing of leathers waiting for further stretch/shrinkage before final tightening up.

Hoi Larntan and crew then took them on a record-breaking anti-clockwise circuit of the Pit while Bluejacket had a sedate row to the beach by Pinchen’s Creek, where coffee and chocolate biscuits built up energy reserves for the row back.

Rosemary took the photos – thanks.