It was great to see both skiffs out on Sunday morning, 20th October. Great teamwork was needed when launching. The new trolley worked well. Both crews worked hard rowing into wind but conditions made for an exciting morning on the water. Bluejacket’s crew were replenished by Diana’s flapjack and so had plenty of energy! 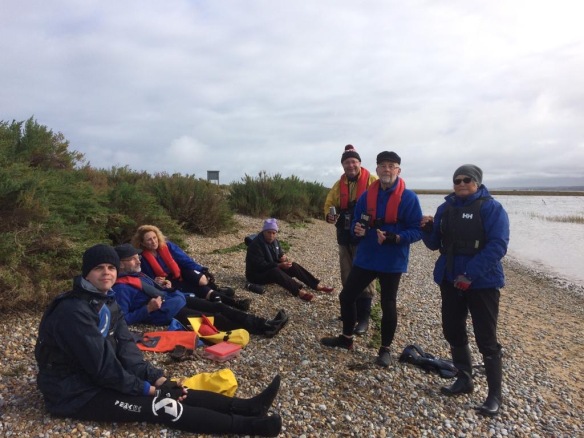