Wednesday 1st January 2020 was cloudy and windless as Amy, Emily, Diana, Andrew and Barry set off from Barton Turf for the first row of the new year. The crew struck out in fine style towards Dilham. Barry coxed, Amy stroked, Emily rowed at three, Andrew at two and Diana rowed in the bow position. The sun came out to make everyone even more cheerful and Wayford Bridge was negotiated with ease. A landing point, just before the river fork, was chosen for a break. Chocolate biscuits and coffee helped the crew to refuel and a small nip of rum was also on offer.

Emily and Diana shared the coxing duties on the return leg and Barry stroked. Two kingfishers and two cormorants were spotted during the course of the morning as well as a group of frustrated fishermen. Everyone left Barton Turf having enjoyed an energetic start to 2020. 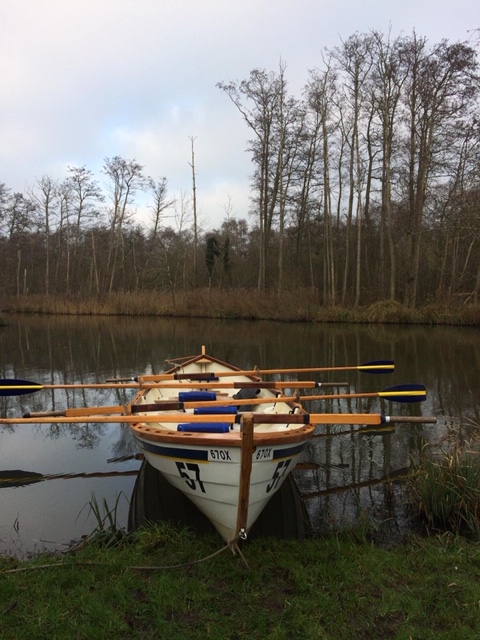 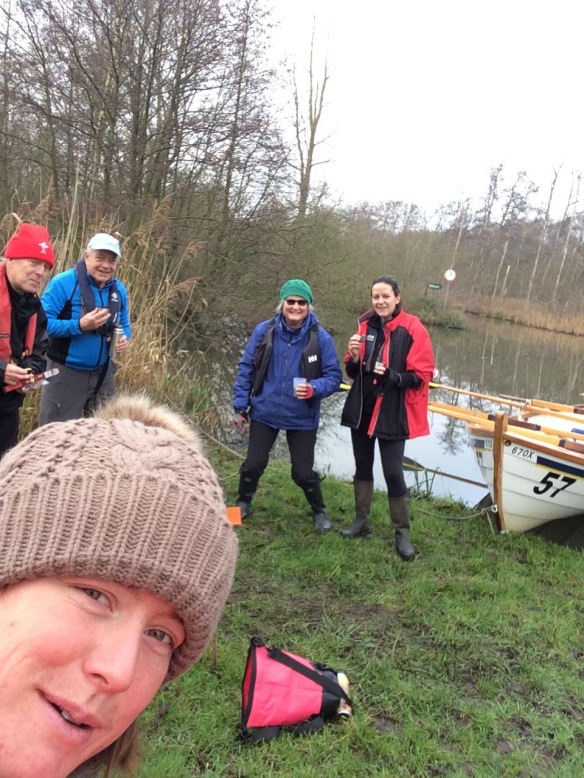